Written by Jen at A Helping Hand Homeschool.

The novel Cheaper by the Dozen by Frank Gilbreth, Jr. and Ernestine Gilbreth Carey chronicles the adventures of the Gilbreth family. This family, as the title implies, had twelve children! They lived in New Jersey in the early 1900s, and they had some interesting times.

The Gilbreth parents were early efficiency experts, which meant that they studied processes and teaching methods used by businesses and found ways to make them better. Father didn’t just do this for a job, though – he tested his theories by teaching his children! Father taught his children everything from sailing a boat to using a typewriter, and some of his “projects” can be used by kids today. 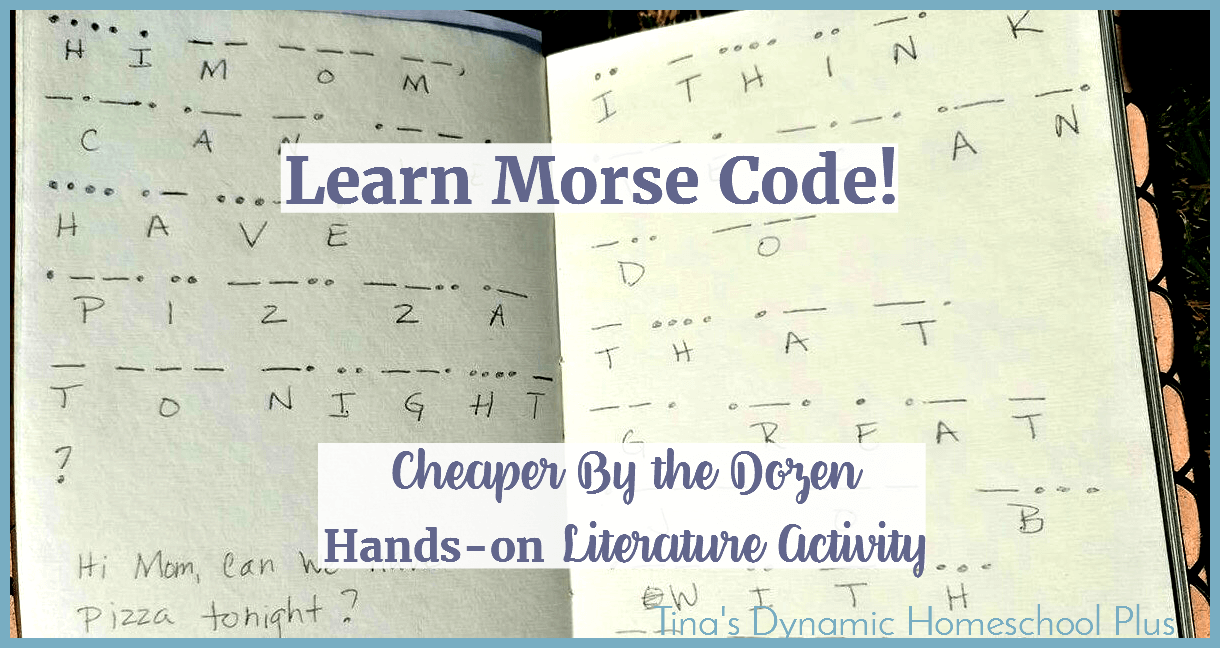 One of these involves learning Morse code! See how we turned it into a hands-on literature activity!

In the 1830s, a man named Samuel F.B. Morse invented both Morse code and the transmitting system used to send and receive it. The code went through some changes before it became the alphabet we know today, but it has been in use for over 170 years. Originally, the receiving machine recorded the “dots” and “dashes” on a paper tape, kind of like an adding machine today.

Soon, though, operators became skilled enough to translate it by ear and just wrote down the message as it came through.

Today, we don’t use Morse code nearly as much as they did in the 1800s. It is still used among amateur radio operators though, and military pilots were required to know it up until the 1990s.

It’s a really fun and easy “language” to learn though, and it’s useful for a lot of things. It’s also really fun to be able to use a “secret code!”

To do this activity, you will need: 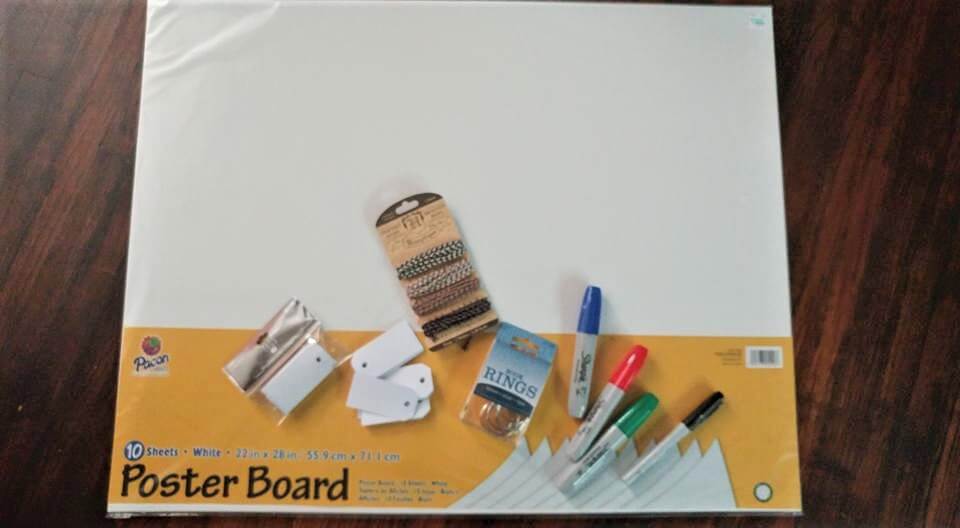 The first step to learning an alphabet like Morse code is to become familiar with it. In Cheaper by the Dozen, Father taught this code to his children (all of them!) over summer vacation. They complained that they didn’t want to study in the summer, so he promised them they wouldn’t have to.

Instead, he made it almost impossible for them not to learn it!

In order to give his children a constant but easy study tool, he grabbed a can of paint and started in the bathroom. He painted the Morse Code alphabet and mnemonic devices all over the walls! Then, he started in on the hallway, the porch, and the other rooms in their summer cottage.

Needless to say, the kids learned it quickly!

Now, I don’t recommend you paint your walls with Morse code, but you can achieve the same result with posterboard and some permanent markers. (I used four different colors: one for the English letter, one for vowels, one for consonants, and one for numbers.) 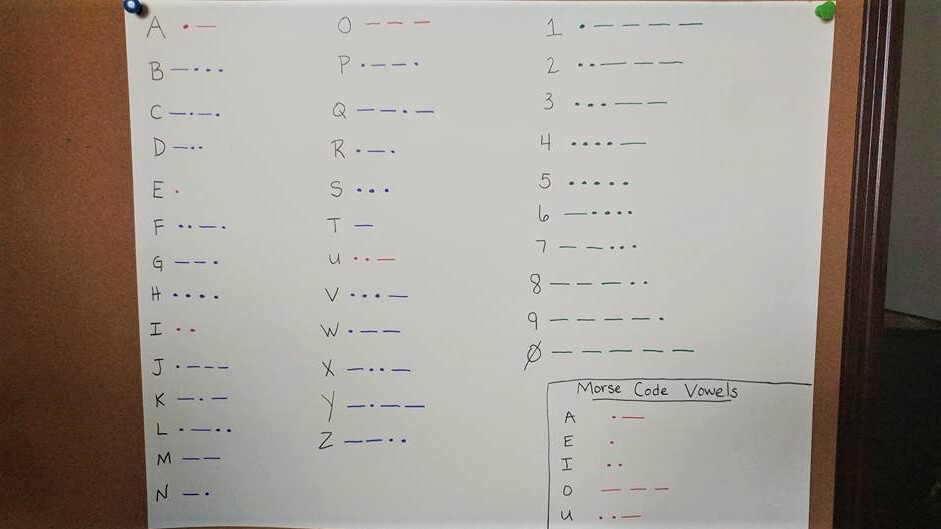 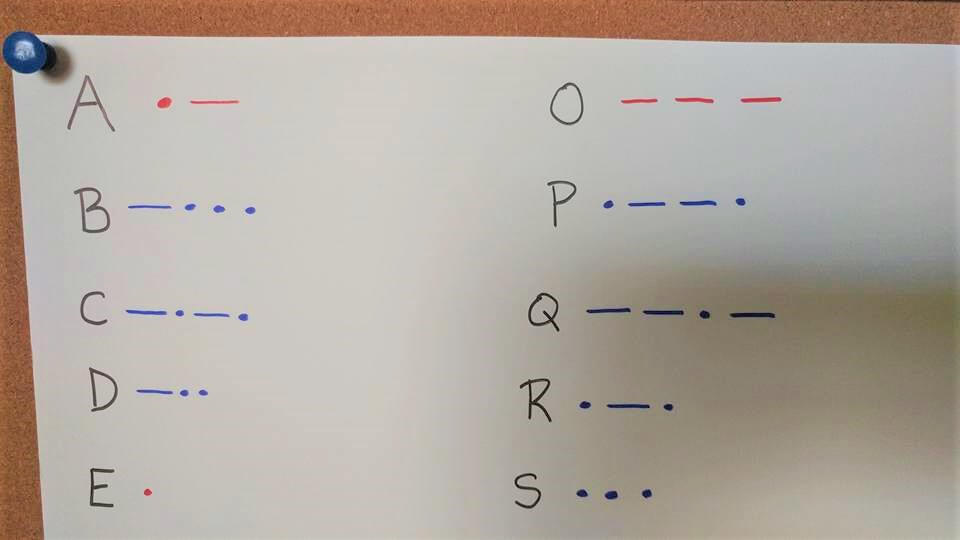 This way, your child has an easy reference to work with!

However, we also made a pocket version of this reference, a Decoder Booklet. Now, your child has their own decoder that is easy to carry around and use. We used cardstock “tags” that I purchased in the scrapbook section of my local craft store, but you could just as easily use notecards.

To make the booklet, I used one tag for each letter. I wrote the English letter on one side and the Morse code on the other, so it works like a flash card. For the Morse code letters and numbers, I used the same colors as on the poster. 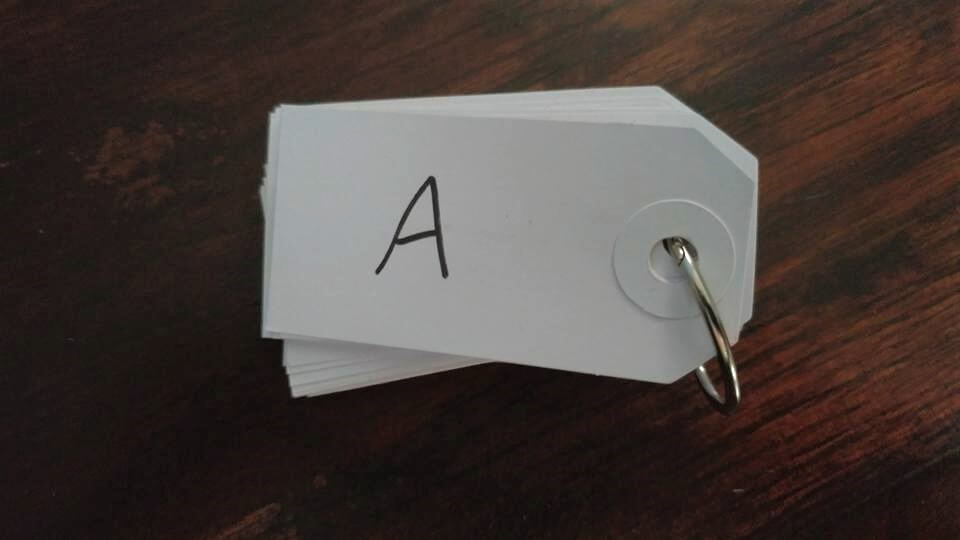 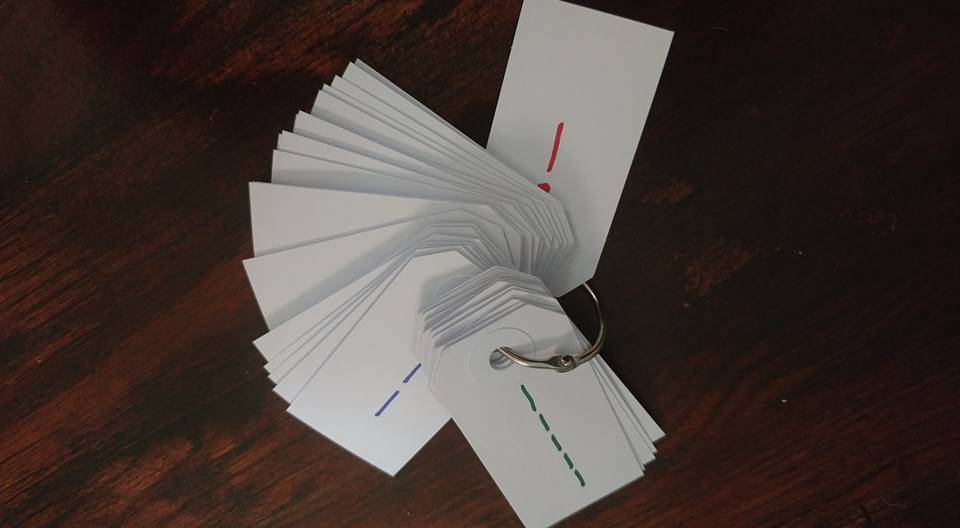 With this Decoder Booklet, it’s easy to take a few minutes throughout the day to self-quiz and to do different activities. We had fun doing spelling homework in Morse code – it requires your child to both think through the spelling word and the code!

Once you and your kids have a handle on Morse code, it’s fun to write messages back and forth! Father and his children did this each day during the summer. He often left them clues to treats and prizes, but occasionally he used the messages to prank them! 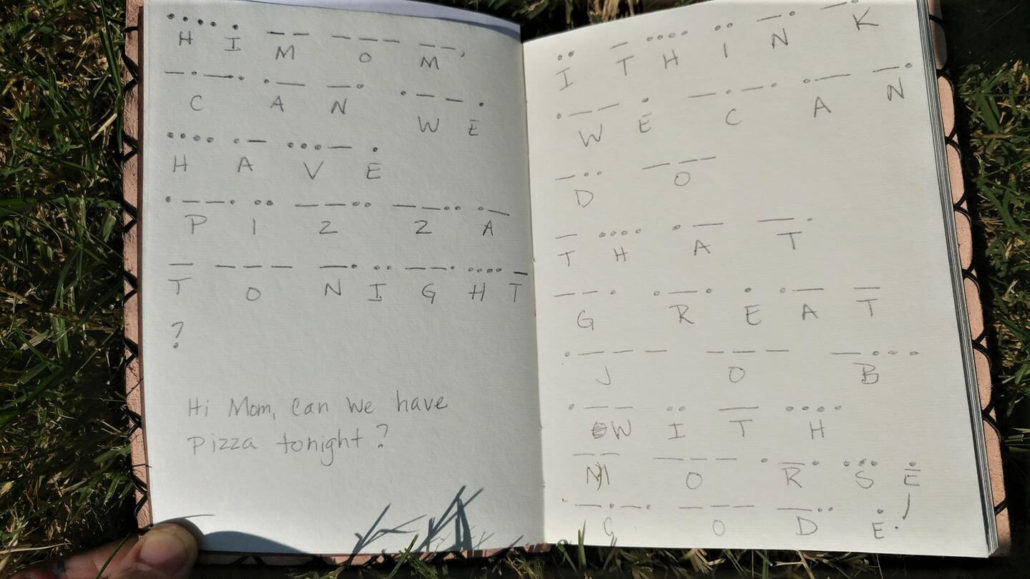 Using a journal or a notebook, you and your kids can leave messages for each other – and respond – in Morse code. It’s really fun, and it helps you to learn and use Morse code much more easily!

Here are some fun and useful resources that you may want to add to this activity:

Learn even more ways to make literature hands-on and fun for your kids! 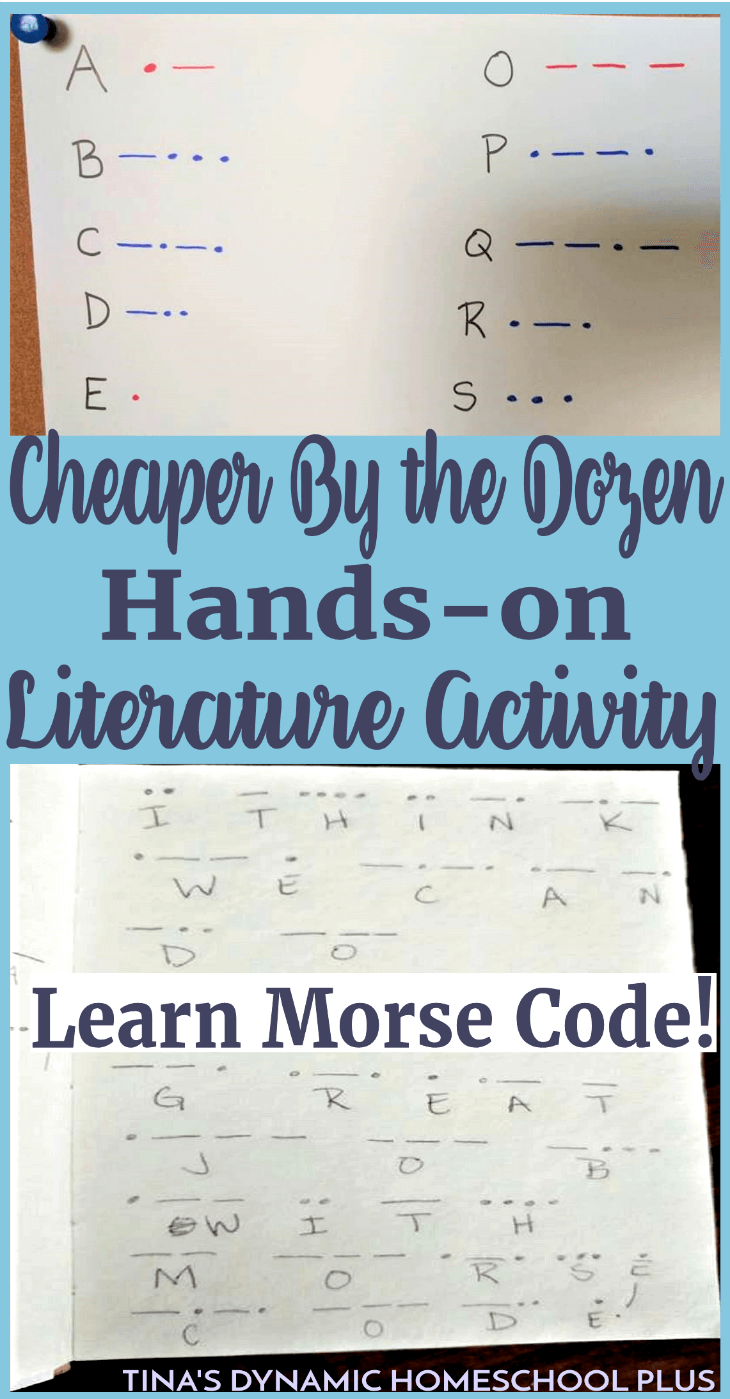