I am a huge bookworm. HUGE. If I was left alone on a desert island with a choice between food or books, I’d have to make myself choose the food. That’s just how much I love to read.

As we started studying the Middle Ages, we learned a lot about the beginning of the publishing industry, to which what we owe our modern-day books. It turns out that present-day paper books began with the invention of the codex, the first truly portable written document.

After finding out how codices were made in the Middle Ages, we decided to make one of our own!

The codex was actually invented during the Roman Empire, centuries before the Middle Ages began. Prior to its creation, most important documents, such as literature, speeches, and journals, were kept on scrolls or pieces of parchment. 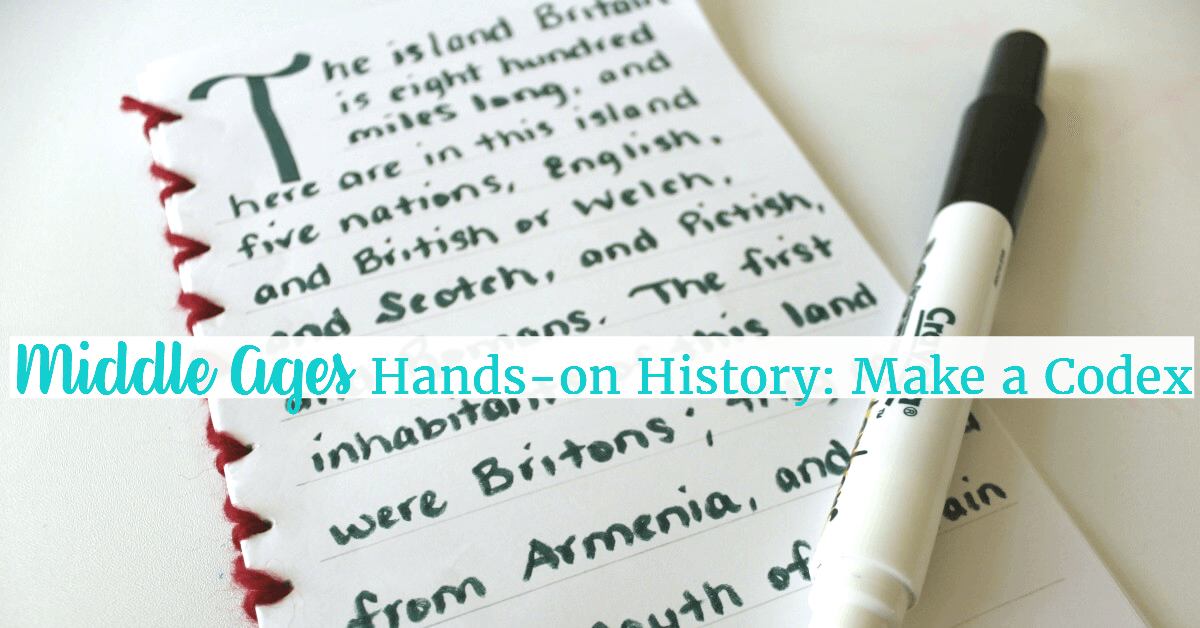 Since these methods were so bulky, something more convenient was needed, especially for documents that needed to be transported across long distances. Some historians say that Julius Caesar was the first person to develop the idea of a notebook of folded and bound pages, but there is some uncertainty about this.

Either way, the codex (folding pages into small packets and then sewing them into a bound book) quickly became the standard for publishing and distributing literature. In fact, if you look behind the spine of a thick book, you’ll see the individual packets of paper sewn together that make up the book. This is basically a codex in itself.

To make our codex, we decided to focus on a codex from the Middle Ages: The Peterborough Chronicle. This document, which dates back to the 12th century, chronicles the establishment of the British Empire. 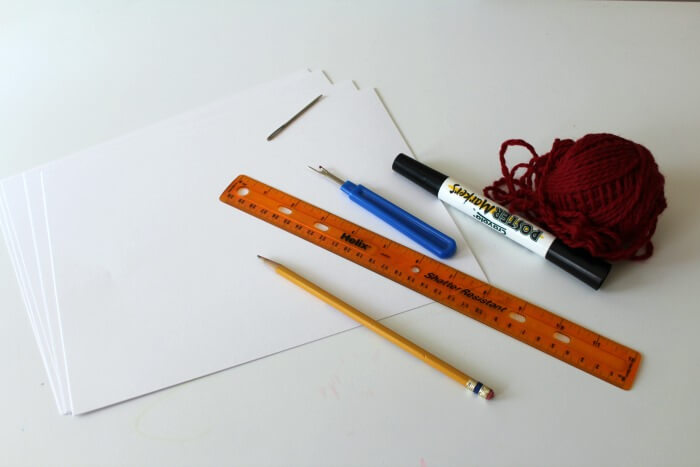 To make your own codex, you’ll need the following supplies: 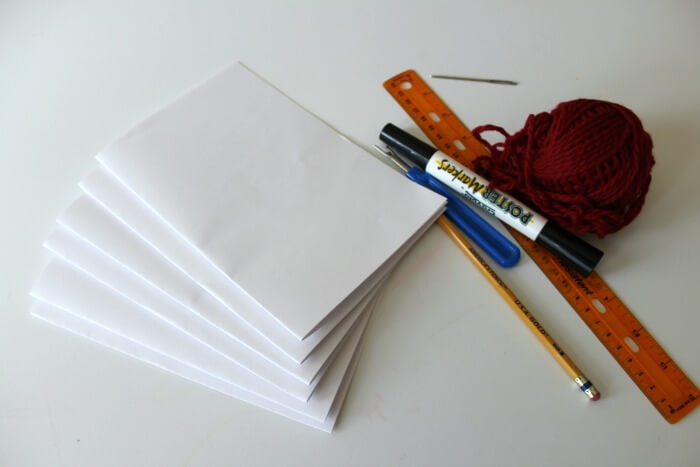 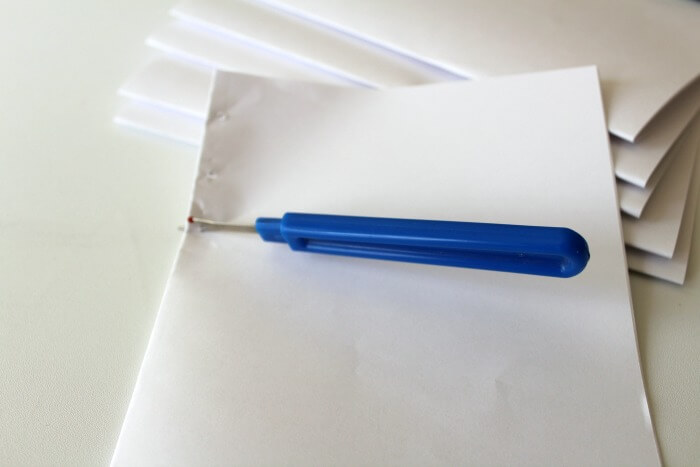 We used a seam ripper to begin punching holes in the first packet. After a few holes, though, we swapped it out for an X-Acto knife, which worked better. If you have an awl, that would probably work even better. 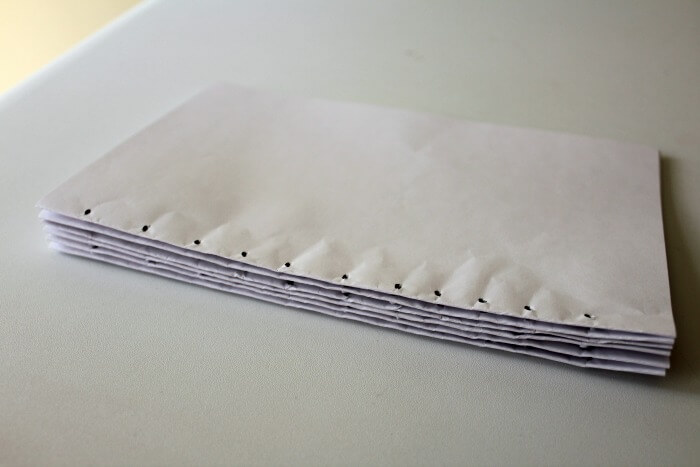 We lined up the packets to draw the holes and then punched them in the same spots to make sure the holes would line up for sewing the codex together. Interestingly, when publishers created codices, they also had to make the paper sewing holes by hand. This process was called “pricking”. 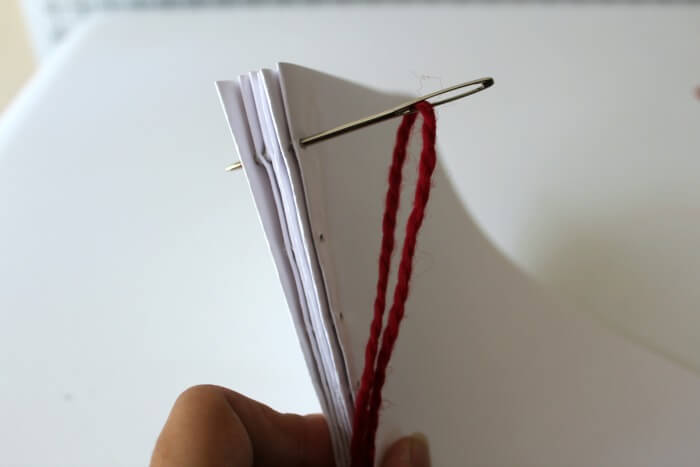 Now it’s time to sew the codex together. Thread the yarn through the eye of the yarn needle and insert the needle into the first sewing hole through all the codex packets. 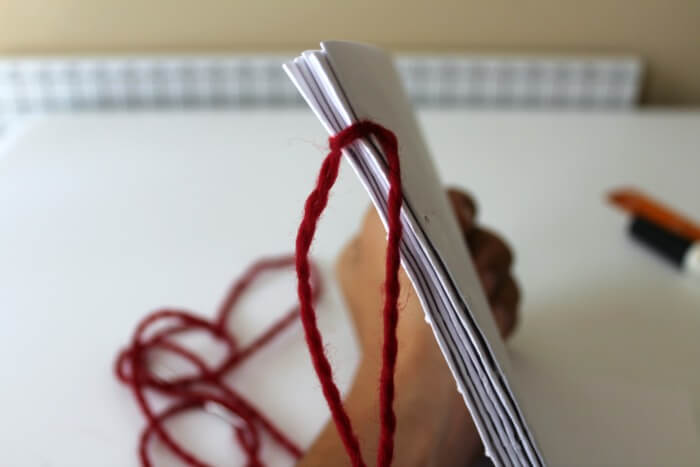 After pulling the needle all the way through, bring the yarn back around and thread the needle through again to secure the first stitch. Then move down to the next pricked hole in the codex. 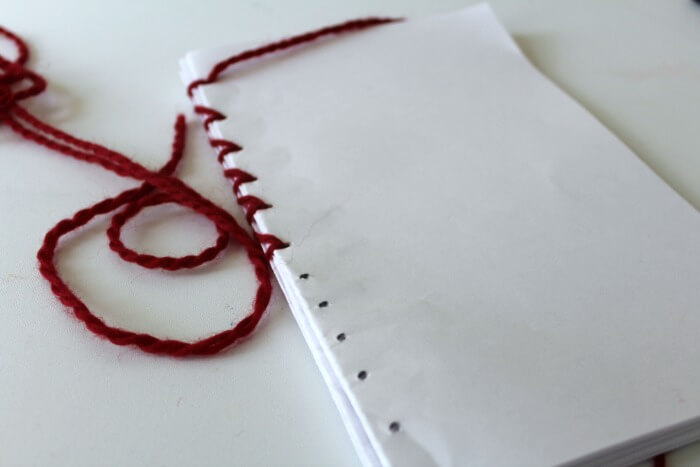 Stitch in this same manner all the way down the side of the codex. 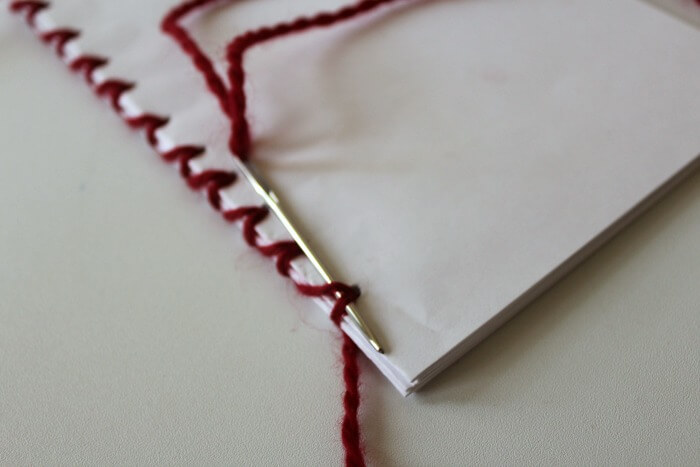 When you get to the end, pull the yarn back through the last stitch vertically. 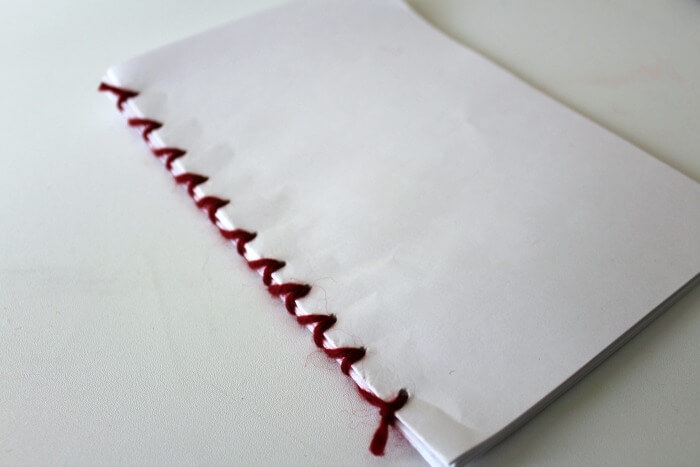 Cut the thread to bind off the sewing. Do the same at the top. 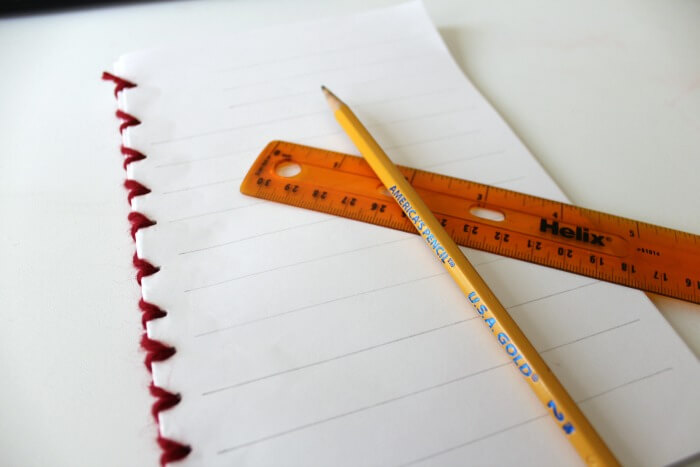 You’re ready to add writing to your codex now! In the Middle Ages, it was common to line the pages of a codex with ink to make it easier for scribes to write neatly. Just like ruled notebook paper we have today!

Use a ruler and a pencil to draw writing lines on your codex pages. Be sure to leave space for the first letter of the work to be about three lines in length. 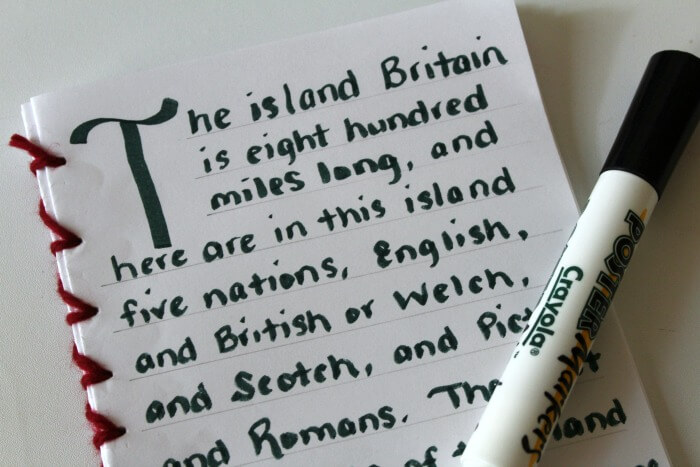 Like so. The first page of the Peterborough Chronicle is written in Old English, which looks very different than modern English. Thankfully, the content has been translated. That was the source material for our codex. 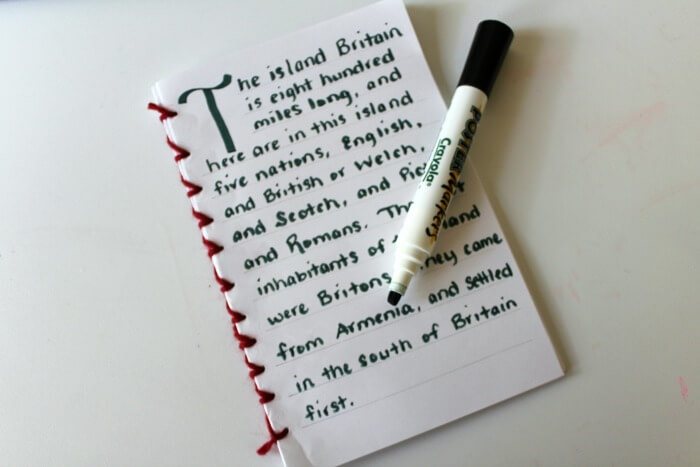 Use a chisel-tip marker to write in your codex and you’re done!

This would be a great extended activity for history! Let the kids find a historical codex and write a paragraph or two from it each day! You could even include pieces from several codices and let the kids discover the kinds of content that would have been considered valuable enough to publish in this manner centuries ago. 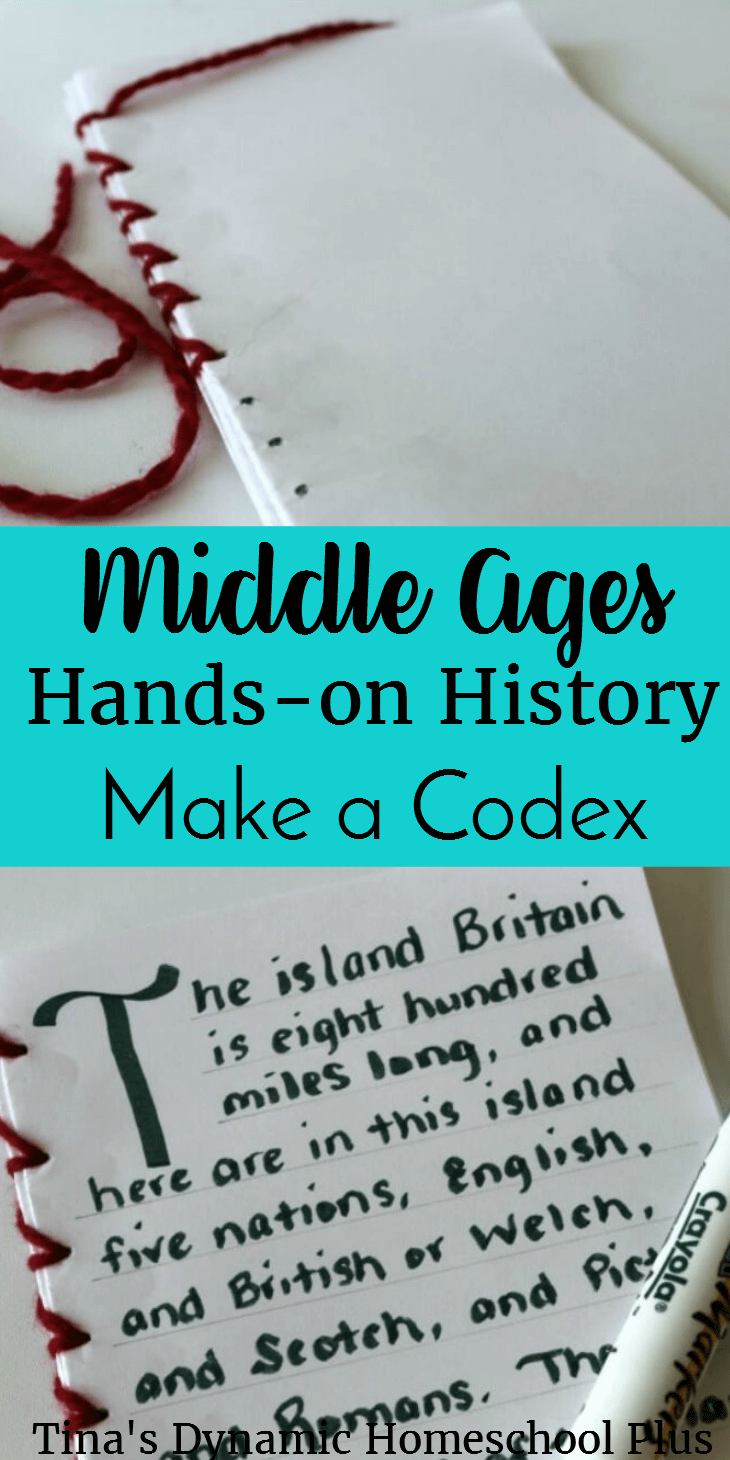 You’ll also love to read about How to Teach History in 14 Lessons (From Daunting to Doable) and Medieval Homeschool History – 4 Surefire Ways to Beat a Boring Study.

Learn more about the Middle Ages with these activities!